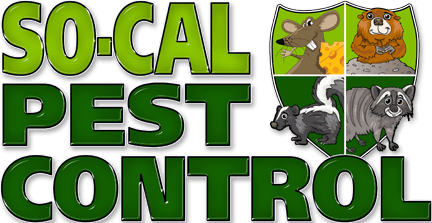 Ground squirrels are invading Santa Barbara! Among the top three reasons our Santa Barbara pest control customers call us for pest control service, ground squirrels have been wreaking havoc across the county. These rodent pests are known for their voracious appetite for destruction and are currently on a very small, sometimes cute rampage in our communities.

All About The Common Ground Squirrel

Ground squirrels are a member of the squirrel family of rodents which are of course unique in that they live on or in the ground as opposed to some of their tree dwelling brothers and sisters.

Ground squirrels are often confused with their larger cousins known as marmots or prairie dogs or their smaller cousins the chipmunk. Not unlike their prairie dog pals, they are well known for their tendency to rise up on their hind legs whenever sensing danger or when needing to see over brush and tall grass.

An omnivorous rodent, ground squirrels will eat whatever comes their way whether it be nuts, seeds, fruits or fungus but also occasionally insects, eggs and even small animals when given the opportunity!

Damage, of course, varies from infestation to infestation but ground squirrels are known to kill brush, landscaping, and even kill trees by girdling. It is quite amazing the amount of damage these rodents can cause when their populations are uncontrolled.

Setting traps on your property to capture your resident rodents is likely to be your most efficient way of lowering your local population. Making sure to set them close to the squirrels’ most traveled routes, making it easy for the squirrel to deviate into the trap to explore for food. Effectiveness may vary, so check your traps regularly.

Fumigation of the ground squirrel burrow using any number of rodent fumigation products like The Giant or Gopher Gasser are also known to be effective at clearing entire dens of ground squirrels and other rodent pests.

With years of experience under our belts and hundreds of satisfied customers in our portfolio, we are well known throughout Santa Barbara County as ground squirrel trapping experts. We use only the most advanced trapping and baiting systems available that are not only effective but humane as well. Can’t get control of your ground squirrel problem? Call us or e-mail us today!

Here’s a funny video of humans fighting back against their squirrel problems.

With summer at a close and colder winter months ahead, many insect families will be on the hunt for additional food sources and shelter. If you’re having an ant problems, spider problems or other pest infestation problem, we’ve compiled a few of the most effective ways to handle your insect problem in-house.

Preventative measures Santa Barbara residents can take to make your home less appetizing to ants and other insects.

Still can’t get rid of your ant problem? Call Us for professional help.

While many times these home remedies will assist in getting your ant problem under control, they are by no means foolproof. If your ant infestation doesn’t bat an eyelash with any of these quick and easy treatments, it may be time to call us for some professional Santa Barbara pest control assistance. Our team of pest control experts have years of experience in exterminating these pests and can help you take back control of your home or other property from ants, spiders and other pests.

You read it right, ladies and gentlemen. It’s GOPHER SEASON. Our pest control team has been encountering a large number of newborn gophers in the field indicating to us that the time has come. Make sure that your home or property are ready for gopher season with these helpful pest control tips. Always keep in mind: if the problem seems like too much to handle

If you have tried more than 1 of these steps and are still experiencing moderate to severe gopher problems, it may be time to hire our professional pest control services before they destroy everything. Our team of well trained pest control technicians will get your gopher problem under control and keep them gone. 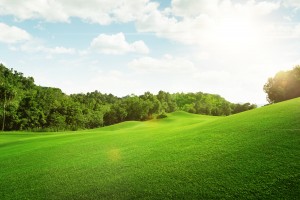 It’s that time of year again! Trees are starting to grow their leaves back, the beautiful Santa Barbara hillsides are regaining their green luster and the local wildlife have begun to bear their offspring. That means it must be spring time!

If you are anything like us, this feels like the perfect time of year to get a fresh start with a clean home and by doing so, we get a head start on helping to prevent pests over the course of the year. We compiled a few helpful spring cleaning tips to help you and your family get a big jump on preventing your local pests.

Hope your enjoyed some of these tips and don’t forget to call us or request service from us today if you have a pest control situation that you need help with! (805) 965-9185

Rats are inherently curious creatures and will try to get into any space they can fit in to. Bundle that with the dropping temperatures and that makes any home or office a prime target for cold rats to nest. There are a number of ways rats commonly enter the home and there are several steps that you can take to stop them.

Ground level is the easiest and most common ways rats find entry into your abode. Gaps between the base of your home and the ground, holes in your stucco. If your homestead is used by many and frequently trafficked, you may want to consider automatically closing doors. Simple things like closing doors regularly, and closing small penetrations are great steps to take.

While we think they should be, many roofs were not built with rooftop intruders in mind. Designed to enhance water runoff and protect from weather, the many overlapping pieces of the modern roofing system may leave gaps that become perfect penetration points when not closed properly. If you have found gaps you think are penetrable, we recommend hiring a reputable roofing professional to ensure the best results. Above sealing your roof access, you will also want to look at anything touching your roof such as tall shrubs and bushes. Trees should be trimmed away from the house as well as these are excellent ladders to the rooftop.

Sometimes, you have to think like a rat. If there is a way for one to crawl to an opening, you either need to close the opening or remove the pathway. If you have a rat problem you need some professional help with, don’t hesitate to give us a call or email us with the form below! Should you need immediate service, click below. 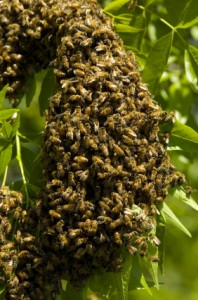 In a worrying trend recognized around the world but especially at home here in Santa Barbara, CA, bee colony numbers have been on the downward trend since the 1940’s for multiple reasons. With more than 20,000 different species of bee worldwide, bees are vital to the pollination of crops and more than 1/3 of the world’s crops rely on bees to happen. We have been getting this question a little bit from our Santa Barbara County customers this year, so we thought we would elaborate a bit on the most common causes for the great reduction in the numbers of bees colonies nationwide and a few tips on how you can help stimulate bee colony expansion in your area.

Bees feed on the nectar of many common flowers. Insecticides & herbicides containing pyrethroids, fungicides and neonicotinoids have been devastating bee colonies around the world. Because many of the new insecticides actually travel within the plant and make it so that the killer compound is contained throughout the tissue of the treated plant. When bees work their way to a treated plant, they ingest the poisons while they feed on the nectar.

Parasites can have a big effect on  honeybees, as well. Latching on to the back of an unsuspecting bee, it siphons off blood and nutrition and passes on diseases to any honeybee is feeds on. While these don’t mean imminent death, they sure do take a toll, and end up with an eventual demise..

Reduced use of centuries-old farming techniques like the use of cover crops, planting flowering crop borders and flowering hedgerows are also considered contributors to the decline.

How Do I Help?

Here’s a couple of easy ways that you can help on a local level.

Planting a diverse assortment of bee-friendly flowers and shrubs anywhere you can on your property is an excellent way to bolster your local bee population. Pollen and nectar-rich flowers like manzanitas, ceanothuses, or california poppies are great flower choices. If you’re in need of nice shrubbery, the California Buckeye shrub, Woolly Bluecurls or the Holly-leaved Cherry are great options. Let us also never forget, the Sunflower.

Don’t Use Pesticides On Your Flowers

Just don’t do it! Don’t confuse this with common perimeter treatments for insects like ants and spiders. You won’t usually find bees hanging out in the same areas so bees don’t typically happen upon these treatments. We’re talking about application of the products directly to the plants or in the soil near the plants, especially those that are especially attractive to bees.

While there is great concern about the bee’s reduction in numbers, you should always consider safety first. That means if bees (or any other winged hive or nest maker) make their home in the close vicinity of you or your loved ones recreational areas, do not ignore it. The number of people with possibly-lethal allergies to bees, wasps and hornets are many.

Some of the information found here was heard on this very informative TED Talk w/Marla Spivak regarding the precarious situation of the dwindling bee population.